We will be a strong leader in Mauritius, the leading Credit Union and a strong member of the Co-operative movement. Our reputation will be built on dedication to knowing our members, supporting their financial stability and providing responsive and professional service. We will be trusted and chosen as the preferred Co-operative Society in Mauritius.

We are a Co-operative Society, with our members’ needs foremost in our decision making. Our aim is to deliver a friendly, efficient, and quality service to our members at all times.

INTERNATIONAL CO-OPERATIVE HISTORY AT A GLANCE

We offer a full range of accounts and services, including savings accounts, term deposits, personal loans, home and SME loans, amongst others

Since its inception in 1976, Vacoas Popular was, is and will always be by the side of its members. Be it for the funding of their personal projects (Holy Communion, engagement, wedding, purchasing of appliances and furniture...), or housing projects, tertiary education and business development, our motto remains.

“We care from cradle to grave’.

DIFFERENT MILESTONES IN OUR SOCIETY

1983 – Change in Status
In 1983, status changed from ‘Vacoas Popular Co-operative Credit Union’ to “Vacoas Popular Multi-Purpose Co-operative Society Ltd” Demand for loans had exceeded the scope of Holy Communion, engagements, weddings, buying furniture and appliances. From then on, the VPMPCS also supported, and still does today, the funding of tertiary education, purchase of land, vehicles, boats and catamarans, the property development and launch of Small and Medium Enterprises (SMEs).

In 1983, the society rented an office space where it temporarily established its headquarters and opened a shop. Although it had a flourishing business, owing to the entrance of supermarkets, it did not work out as expected.

1989 – First parcelling of land
In 1989, we acquired a plot of six acres of land at Vacoas for a parcelling project. The plot was parcelled out in 67 lots, 66 of which were sold to members. One plot of 2717m2 was kept for the society. The Building Fund already created was used to build its headquarters.

1997 – Owner of its own premises
The construction works started in 1995 and ended in 1996. The VPMPCS proudly stepped into its own premises in 1997. Some office spaces are rented to other institutions.

We realised the huge step our Society had made over the past years. We were no longer tenants. In fact, now, we HAVE tenants!

2003 – Society joins Asian Confederation of Credit Union
2003 was another historic year since the society became a member of the Asian Confederation of Credit Unions (ACCU). The association confirms the fact that the society is among the largest cooperatives of the region, proof of which is provided by the comments of the present CEO Ranjith Hettiarachchi

From then on, property development became another line of our activities. We acquired other plots of land for development purposes. 1672 m2 of land around Visitation in 2003 and 1 acre at Calodyne in 2004.
Click here for more information

Fierce competition and increasing importance of physical branding/identity prompted us to follow a relooking strategy in 2011.

Know more about our products >> 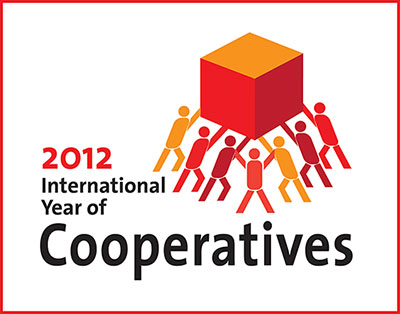 Membership is open to every honest Mauritian, regardless of sex, class, creed or political beliefs. All you have to do is to be recommended by 2 existing members of the society.
Read more
Copyright © 2014. Proudly powered by IT Asyst & OPDA Consulting